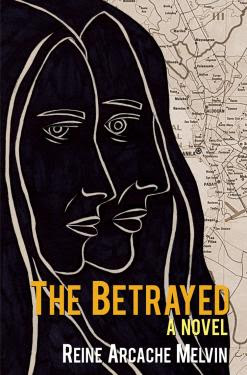 Introduction: This excerpt was deleted from a novel, The Betrayed (Ateneo de Manila University Press, 2018), recipient of the Philippines' National Book Award for the Novel. From the publisher: “Set in a time of dictatorship and political upheaval, The Betrayed tells the story of two sisters who love the same man. Their passion threatens to lead them to betray not only each other, but all that their father stood for. Shy, idealistic Pilar initially resolves to carry on her father’s fight against the dictator, while her flamboyant older sister Lali reacts by marrying the enemy—Arturo, the dictator’s godson. Each tries to find their place in this violent world, but can they withstand the corruption of politics and the relentless pull of their own desires? What price must one pay for passion?”

The author on why the excerpt was deleted:
The manuscript of The Betrayed had reached 800 pages at one point, years ago — out of control, but I didn't care at the time. Finally, I cut out about 350 pages. I would never work that way again, but that was what happened. This excerpt was from a procession scene — one of many scenes that I deleted completely. They were unnecessary digressions (some are necessary) — but I only saw them as such later, after several drafts, when I really understood the story and the trajectories of the main characters. Once I worked out what each chapter was doing, and what was happening to the main character within it — where they were at the start of the chapter, where they were at the end of it, and why — I could cut out scenes quite ruthlessly. I kept asking myself: will the scene/chapter/novel work without this? Do I need this? I kept bits and pieces of what I had deleted, including this excerpt, but most I deleted completely, without a trace.

Deleted from The Betrayed

The procession inched toward them, the wooden Jesus lurching on his chariot. She had never felt the presence of Jesus or the saints. They didn’t speak to her, didn’t hover over her shoulder, didn’t wait for her in dark corridors or sit in rocking chairs in the far corners of a room. In convent school, her classmates whispered about visits and visions, and Lala prayed hard at Mass, asking for the same, but nothing happened. Late at night, when she was alone in her bed, she had asked the saints to come and comfort her, but they never did. In the end, she decided they didn’t exist. They were images on stampitas or statues decorating the altars of churches, as false and irrelevant as the yellow-haired children in her schoolbooks. Saints inhabited imaginary lands, in cottages with chimneys and fairytale witches. Only ghosts and people were real. Ghosts were just dead people – they spoke and argued and sulked, entered her room when she wanted to be alone, kept watch over her at night. The human world – alive and dead – was close to her. This Jesus was not.

Reine Arcache Melvin, born and raised in Manila, is a Filipina-American writer and the author of A Normal Life and Other Stories and The Betrayed (Ateneo de Manila University Press). The Betrayed won both the National Book Award and the Palanca Grand Prize for the Novel. A Normal Life won the National Book Award for fiction, and was translated into French and published as Une Vie Normale (Esprit des Peninsules, Paris). She has an MFA in Writing and Literature from Warren Wilson. She received first prize in the Philippine Graphic Literary Awards and a Standard Chartered Bank fellowship to the Hong Kong International Literary Festival, and has been a participant and panelist at the Ubud Writers’ Conference, Bread Loaf, the AWP Conference in the U.S., the School of Oriental and African Studies (SOAS, University of London), and other literary events and festivals. Her short stories have appeared in numerous literary reviews and anthologies in the United States, France and the Philippines. She has worked as a journalist, translator and editor for various international publications, including the International Herald Tribune; co-edited literary reviews in New York and Paris; and edited an anthology of contemporary Philippine poetry. She lives in Paris.

Editor's Note: I wrote a review of The Betrayed here at THE HALO-HALO REVIEW.