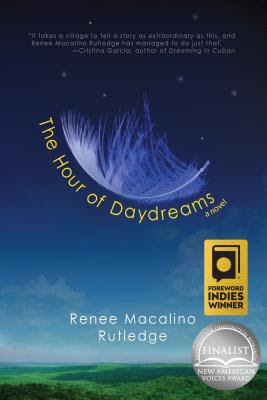 Introduction: The Hour of Daydreams is the imagined history of two characters in a Filipino folktale. It’s a novel about a marriage and its secrets, and the manner in which these secrets impact multiple generations of family. The novel is a reflection on how our stories get passed on, touching every person differently and changing along the way. In writing the novel, I found that the majority of what I know about a character does not make it on the page. Many cut passages, like this one, worked toward character building rather than story building.

Deleted from The Hour of Daydreams

For years, she has been waiting for the words he is about to say, and he worries that the story won’t live up to her expectations. He has never traveled beyond the islands, fought in a war, traded blows with death, or endured the pangs of hunger. All his life, a stable family life cushioned him from devastation, protected him from living to the most uncomfortable, yet most exhilarating extremes. But even a simple man can be waylaid when he least expects it, his well-worn safety nets, preventative measures, and cures overtaken by the unforeseen.
His daughter’s face beams with expectation and unwavering trust—in his ability to understand and then fulfill. Unlike the simple years of infancy, she hungers not for milk or swaddling, but to know. Her trust leaves him no time to doubt and little room to fail, and he responds instinctively. He will tell her of his own great adventure—love.
But how can he explain that his greatest love is not with the one who left, but the one who remained behind? That the woman who disappeared quietly in the night has been steadily overtaken, day by day, year by year, by the most serene, unbreakable devotion?
From the moment his daughter was born twenty years ago, she saved him, first from himself, and then from her mother’s abandonment.

Renee Macalino Rutledge is an Institute for Immigration Research New American Voices finalist and 35 Over 35 honoree, and her debut novel, The Hour of Daydreams, is a 2017 Foreword INDIES Gold Winner and Powell’s Top 5 Staff Pick. She works as a nonfiction book editor for Ulysses Press and is currently completing her second novel.